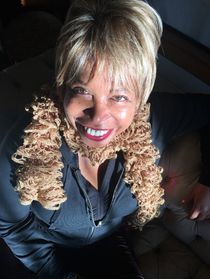 She is Artistic Director of BIG VOICES, a network of professional singers whose mission is to open the world of opera and Broadway to a broader audience.

Also a gifted playwright/composer and lyricist, her hit musical comedy, Sprang Thang, enjoyed an Off-Broadway run, produced by Amas Musical Theatre Company. She has co-written a book, Plane Fun With Alexander Calder, writes a weekly Arts & Entertainment column for the Beacon Free Press/Southern Dutchess News and is a contributor to Chronogram magazine. Goldee earned her BFA in Theatre Arts from LIU/C.W. Post School of Visual & Performing Arts and a MS in Elementary Education from Bank Street College.

She is Artistic Director of BIG VOICES, a network of professional singers dedicated to opening the world of opera & Broadway to a broader audience.